The Italian electricity retail market: a critical overview of the recent monitoring report by the National Regulatory Authority 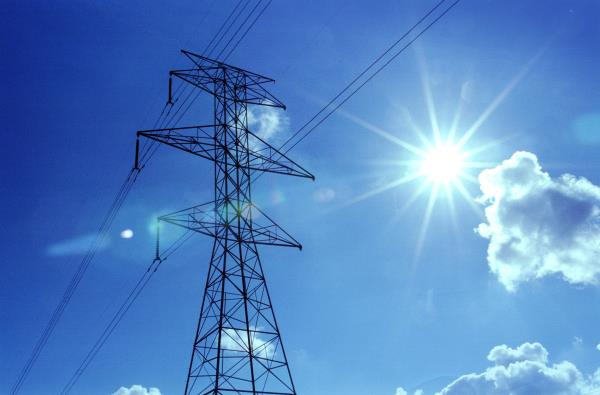 …and they will continue to, as retailers will exercise their market power if the standard-offer regime will be suddenly abolished…

…because they are not ready to consciously engage in the market

Last Thursday, by acknowledging the duty imposed by the Third Legislative Package on National Regulatory Authorities to monitor “the level and effectiveness of market opening and competition at wholesale and retail levels”, the Italian Regulator released a report on the results of the monitoring activity concerning both the power and gas retail markets for the years 2012 and 2013.

In the following, we provide an overview of the evidence supporting one of the most important messages arising from the publication of the Authority with reference to the electricity market: household customers are not ready to consciously and safely engage in a fully liberalized market, absent any form of price regulation, as they will face higher prices and will be exposed to the exercise of market power by retailers.

At present, the Italian retail power market can be considered as composed by two distinct segments. One includes those customers - households, as well as small enterprises with less than 50 employees and an annual turnover lower than 10 million - who purchase electricity under a standard offer in the so-called “Maggior Tutela” market. The other involves those customers who actively engage in the market and purchase electricity at price conditions directly negotiated with retailers. For the sake of simplicity, we will refer to this segment as the “free market”.

Under the first segment, the so-called “Maggior Tutela”, a single buyer (called “Acquirente Unico”) is in charge of procuring electricity on the wholesale market and to resell it to standard offer retailers at a price reflecting the recognized costs borne by the single buyer, including procurement costs. The Italian Regulator establishes the standard offer price at the beginning of each regulatory quarter.

According to rumors, by the end of February the Italian Government will discuss a legislative provision aimed at suppressing the standard offer regime by accomplishing a full liberalization of the Italian retail power market. This is because, as the recent Market Monitoring Report by ACER (Agency for the Cooperation of Energy Regulators) highlights, although the Italian standard offer cannot be considered a regulated price, it might represent a reference value that discourages competition among retailers and promotes customers’ inertia towards better offers.

The main rationale behind concerns expressed by the Authority, on the ability of household customers to safely and consciously engage in the market, relies on the evidence that in 2012 and 2013 households supplied under the standard offer regime saved, respectively, 12% and 20% on the energy and commercialization tariff components with respect to household customers which were supplied under free market conditions. The price comparison does not consider tariff components regarding transmission and distribution services, as well as subsidies, taxes, and levies, which are set to be equal for both the standard offer and the free market segments by the Regulator.

However, as the Authority makes clear in its report, this price differential should be considered with caution.

First of all, comparing free market prices with standard ones involves accounting for both fixed and variable offers that underlie different retailers’ hedging costs and different customer targets with reference to their risk preferences. Moreover, to take a picture of variable offers in a given point in time disregards their intrinsic time-varying nature.

Secondly, as the Regulator notes as well, the free market prices employed in the comparison refer to data collected ex post from retailers on tariffs they effectively charged to households, in a given year. Therefore, they might reflect costs that fall outside the energy procurement and commercialization components with reference to which standard offers are evaluated. These costs may include e.g. interests applied to defaulting customers, or the costs for the social bonus provided to poor households. In addition, the reference free market prices do not take into account retailers’ costs for providing ancillary services to customers. These services, like e.g. the provision of dual-fuel offers, loyalty programs, and the installation of energy-efficient appliances, are not considered in the evaluation of the free market offers.

Notwithstanding the complexity of meaningfully comparing standard and free market offers, higher prices for free market offers would be evidence of an important fact: the difficulty of retailers operating in the free market to compete with the single buyer Acquirente Unico by means of discounts on the energy procurement component of the tariff. The single buyer, indeed, does not bear any risk in the procurement of energy as its procurement costs are fully covered in the electricity tariff applied to customers supplied with the standard offer. Differently, free market retailers bear the risks related to the market procurement of energy. And risks have a cost.

…and they will continue to, as retailers will exercise their market power if the standard-offer regime will be suddenly abolished…

Another alarm sounded by the Italian Regulator is that it should be avoided that a sudden full liberalization of the retail power market, by means of the elimination of the standard offer regime, would translate into retailers increasing prices by exploiting their market power, given the high market concentration and customers’ inability to react timely to possible price increase.

To this aim it appears first of all crucial that the Authority designs appropriate mechanisms, aimed at avoiding that a large majority of customers currently supplied by vertically integrated incumbents, under the standard offer regime, remains at the mercy of these operators.

Actually, since an effective brand and ownership unbundling among vertically integrated distribution and retail companies is not accomplished, the risk is that ex-incumbents may benefit of cost, information, and marketing advantages that may be detrimental to a well-functioning competitive retail market and to customers’ wellbeing.

In a recent interview, the President of the Italian Regulatory Authority Guido Bortoni stated that, were the “Maggior Tutela” regime be suppressed, auctions devoted to allocate, among free market operators, those customers formerly served under the standard offer regime could be a useful mechanism to avoid the consolidation of dominant positions harmful for competition and customers.

However, in the long-run, and all else being equal, the exercise of market power by retailers appears unlikely. Indeed, the imposition of monopolistic prices implies the existence of a tacit collusion among retailers which, given the homogeneous good in question, electricity, appears to be not sustainable. Indeed, even a very small price cut by one retailer eventually involved in the tacit collusion would be sufficient to conquer the full market and make the collusive agreement not feasible.

Nonetheless, the only effective enforcement mechanism to avoid the exercise of market power by retailers is the provision to customers of simpler and faster switching procedures. Indeed, only if switching is easy customers may exert a credible and effective competitive pressure on operators’ behaviors.

Market concentration is, in addition, an important aspect to be taken into account when evaluating the likelihood that market power abuses might arise. The report of the Authority states, indeed, that the “evaluation of the current degree of concentration, in the retail power market concerning households that are not supplied under a standard offer, provides useful information about how customer served under the standard offer will distribute among retailers operating in the free market if the standard offer regime would be suppressed”.

According to the Regulator, given that the HHI (Herfindahl–Hirschman Index) for household customers supplied in the free market assumes a value of about 2600, the eventual suppression of the “Maggior Tutela” regime will expose households formerly supplied under the standard offer regime to market concentration and thus to possible power market abuses.

First of all, it should be noted that the HHI is sensitive to the degree of asymmetry in the market shares of operators. The higher this asymmetry is, the higher the value of the HHI and the stronger the suspicions of significant market concentration, even though this may actually not be the case. A misleading conclusion about the concentration of the power retail market could thus be reached if one considers the presence of more than 300 sellers with the main operator supplying more than 50% of the market.

Secondly, one might expect the market structure to not necessarily be a fixed parameter, but rather sensitive to the removal of the standard offer regime. Actually, the possible abolition of the procurement of energy by a single buyer may encourage new entry or at least affect the distribution of customers among existing retailers.

…because they are not ready to consciously engage in the market

According to the Regulator, another factor that requires caution with reference to the removal of the “Maggior Tutela” offer is the lack of awareness of household customers about the functioning of the market.

It is difficult to understand and, overall, detect the level of consciousness of households possess on the electricity market. While it is true that a large majority of them, 75%, continues to be supplied under the standard offer regime, the number of customers which engaged in the free market constantly increased over years, since 2007, and is incomparably greater than the number of households who switched back to the standard offer regime.

In addition, the consciousness awareness of customers when it comes to energy markets is not only difficult to measure, but is also difficult to support if one thinks that, daily, households deal with more complex and open markets such as telecoms or banking.

To this respect, a significant counterfactual may be represented by the telecoms market, which have been fully liberalized in Italy more than ten years ago. Actually, customers in the telecoms market display a much greater level of trust and satisfaction than the one they display towards the electricity market which, as seen above, largely relies on “protection measures” as the “Maggior Tutela”.

Clearly, a well-functioning competitive retail market cannot disregard the role of demand. However, this role has little to do with cognitive (and difficult to prove) biases but mostly with the reduction of the information asymmetry between customers and retailers and, as seen, with providing them with simpler and faster switching procedures.

To this aim, the Italian Regulatory Authority is doing an important as well as significant regulatory job. Provisions and consultations currently developed on faster and simpler switching procedures, the suppression of progressivity of the marginal consumption cost of electricity, more transparent and clearer invoices, and more stringent rules on brand unbundling are among the effective measures under consideration of the Regulator. They all go in the direction of a well functioning retail market, at the service of customers.

Disclaimer: the Author writes in her personal capacity. The opinions expressed in this paper are those of the Author alone and do not necessarily reflect those of any organization with which she may work or cooperate.

Back to Energy Watch homepage